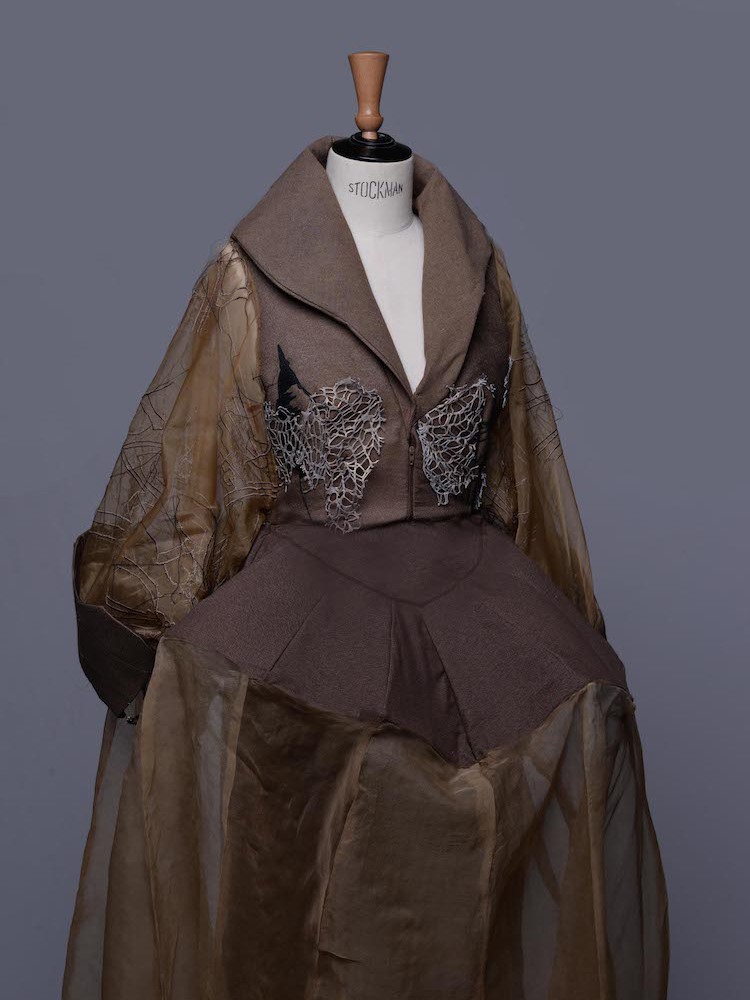 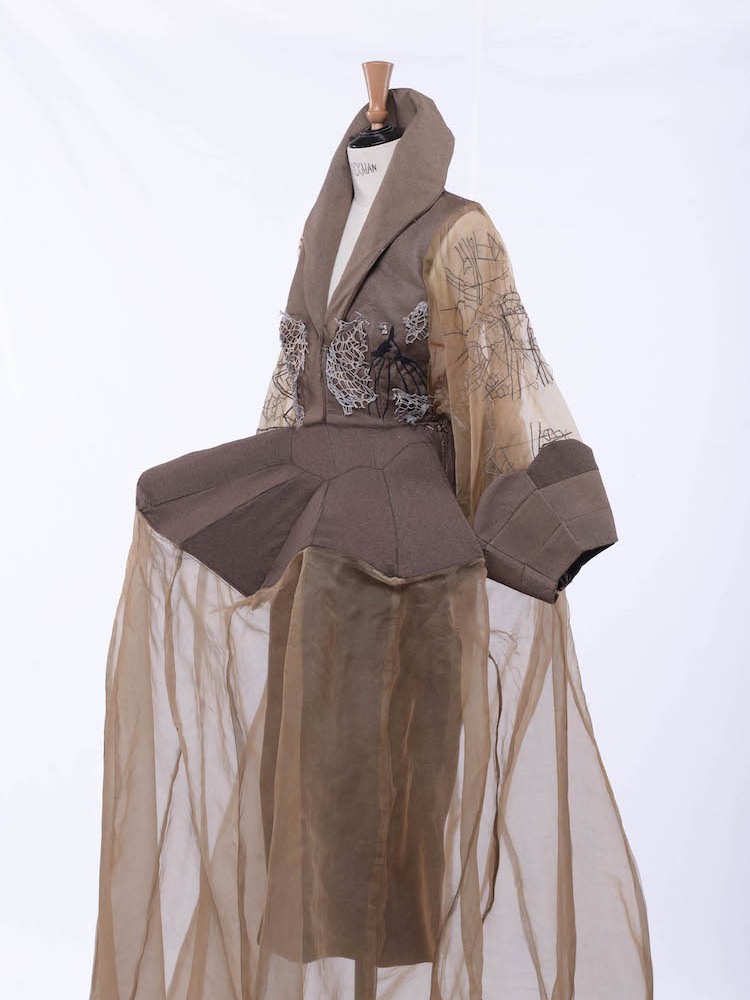 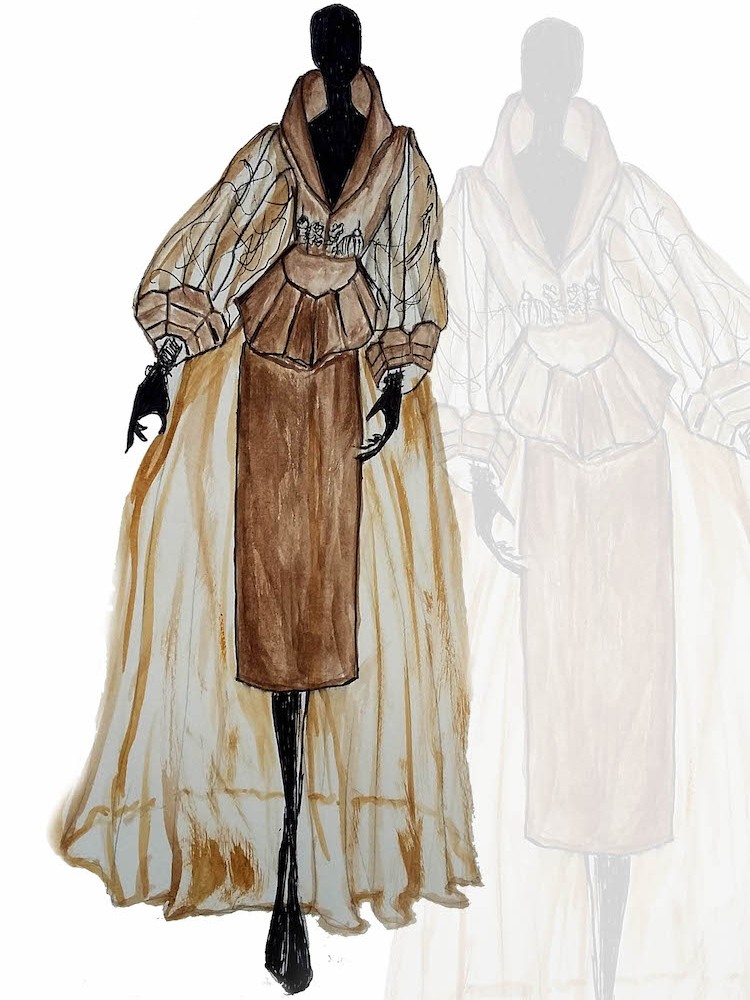 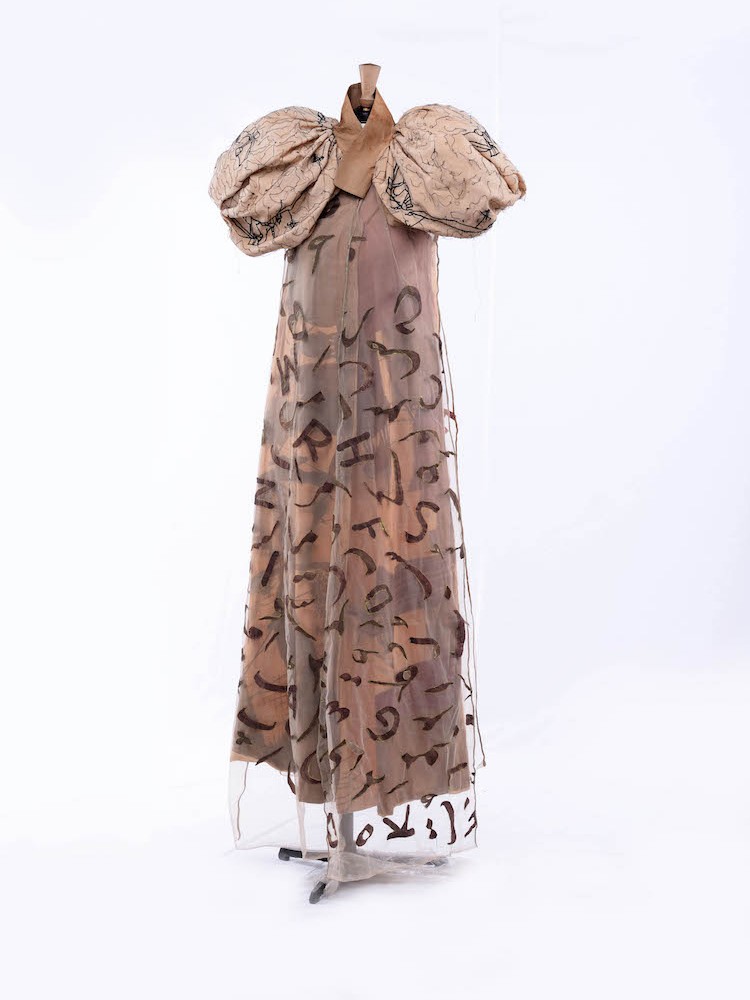 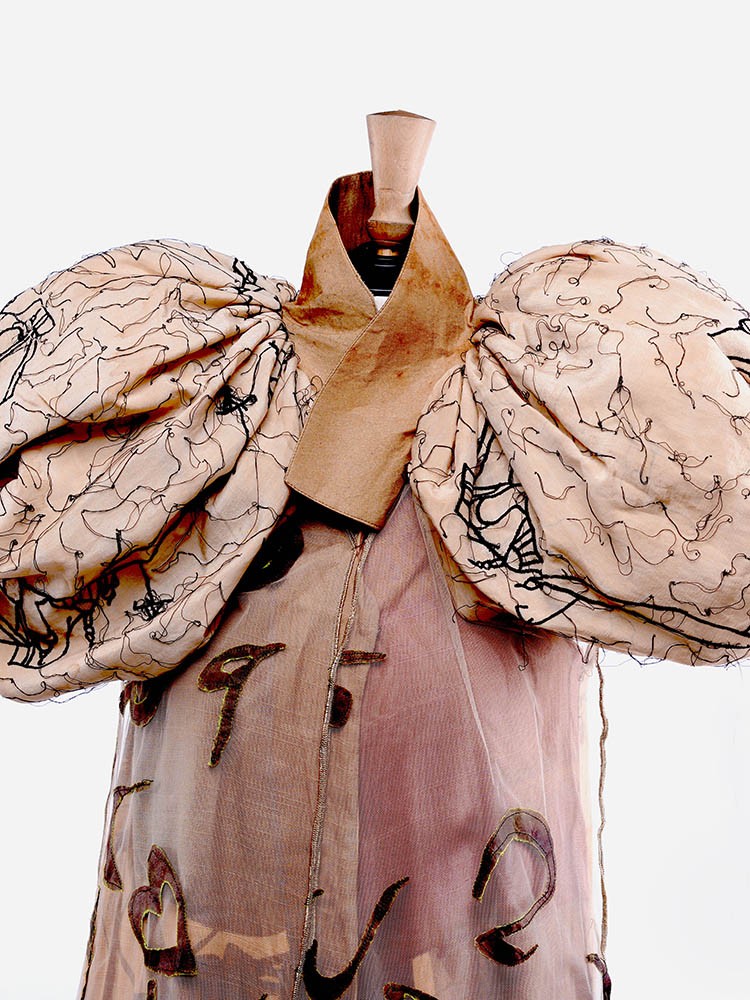 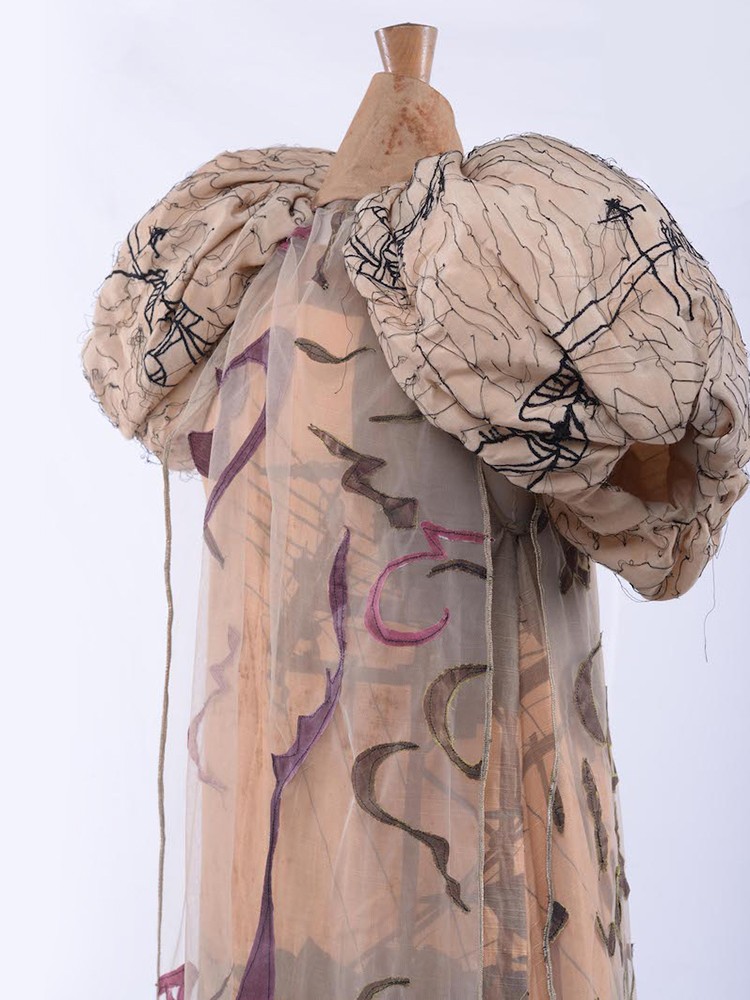 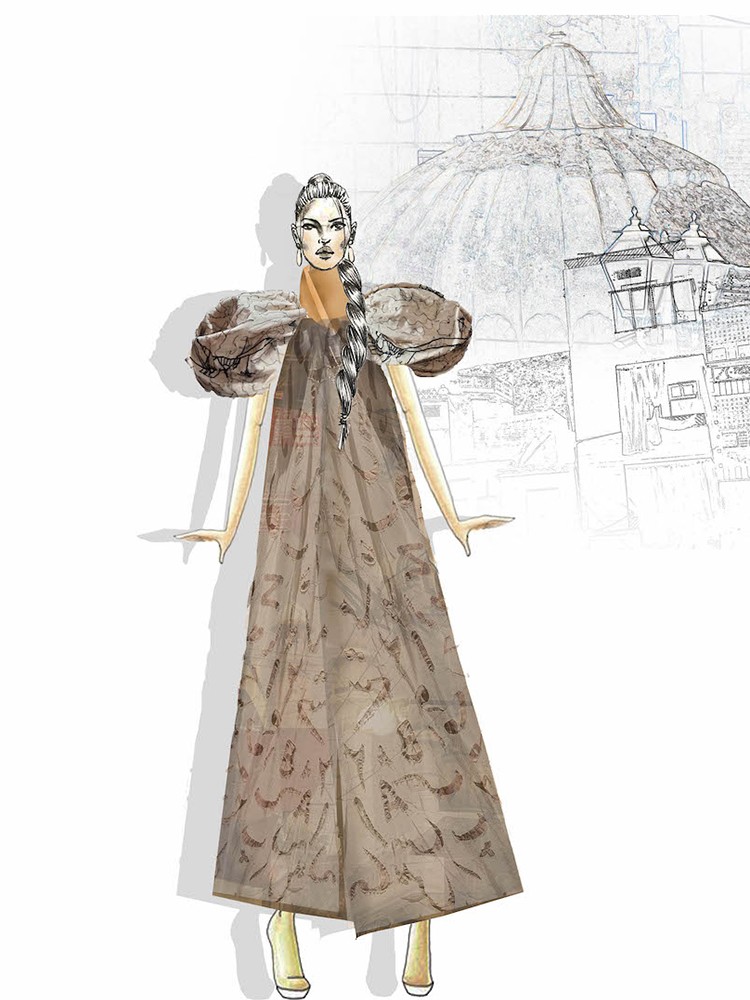 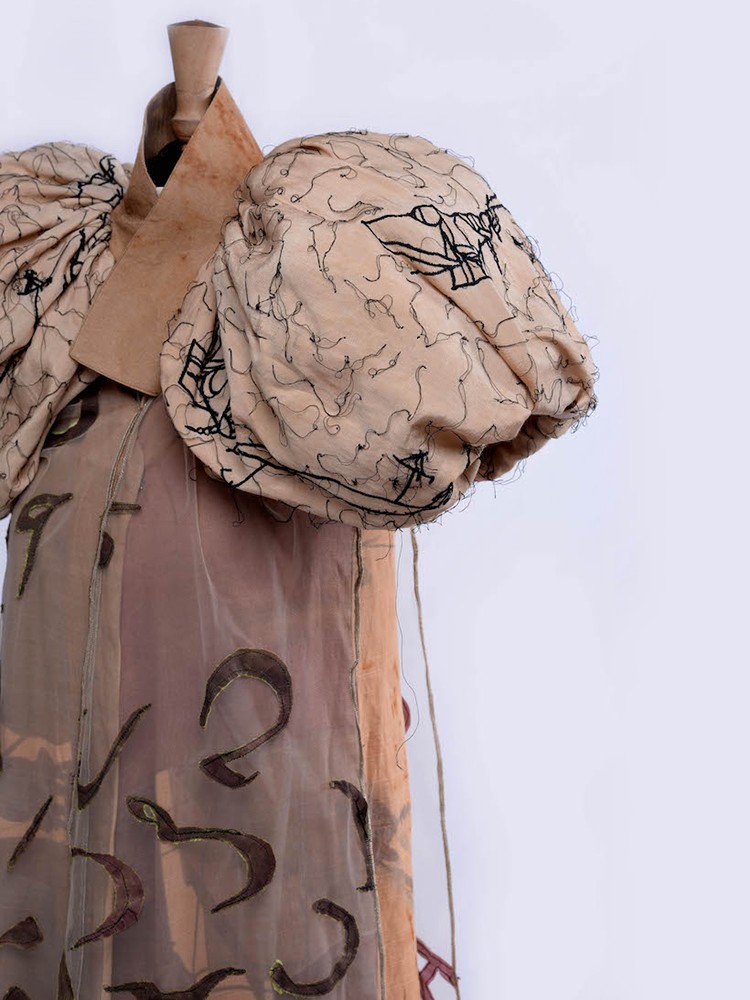 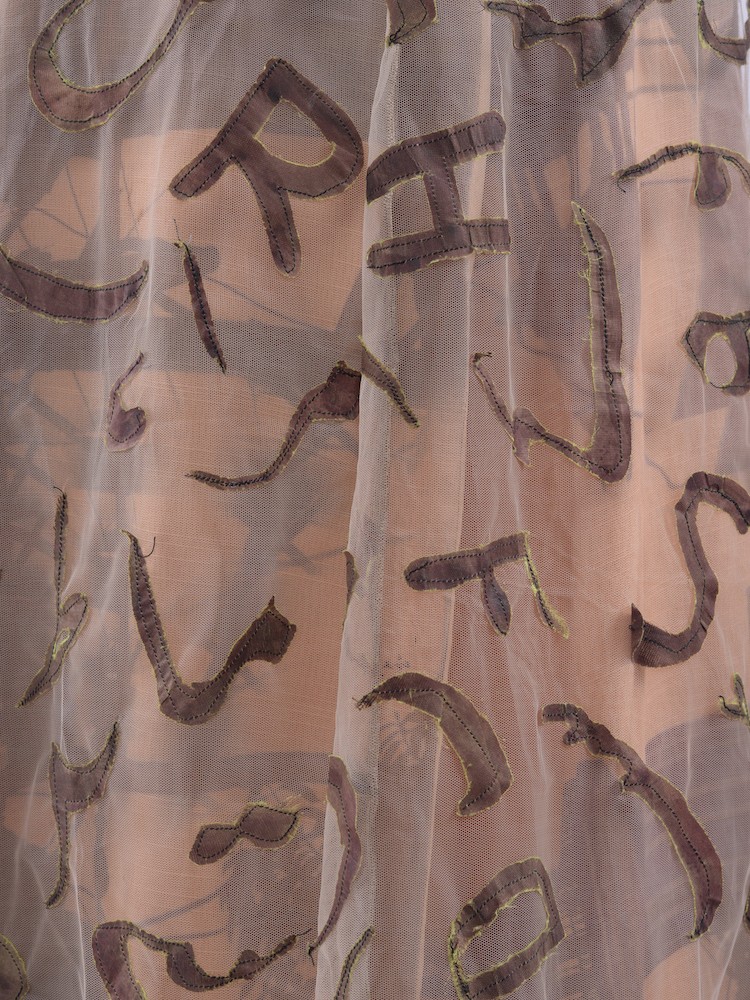 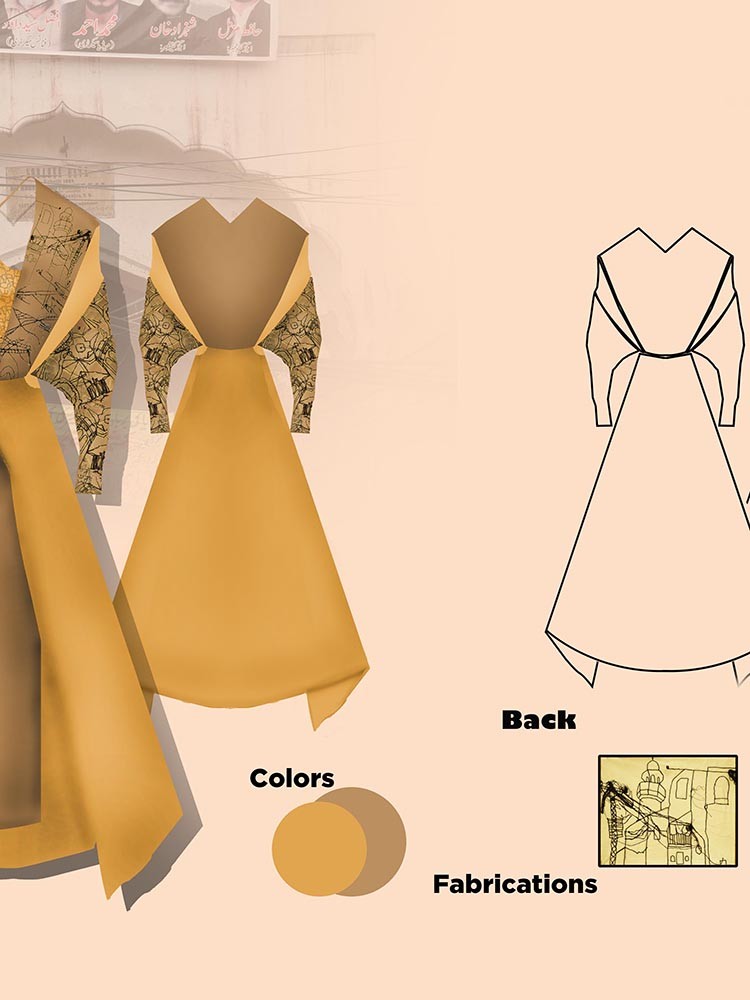 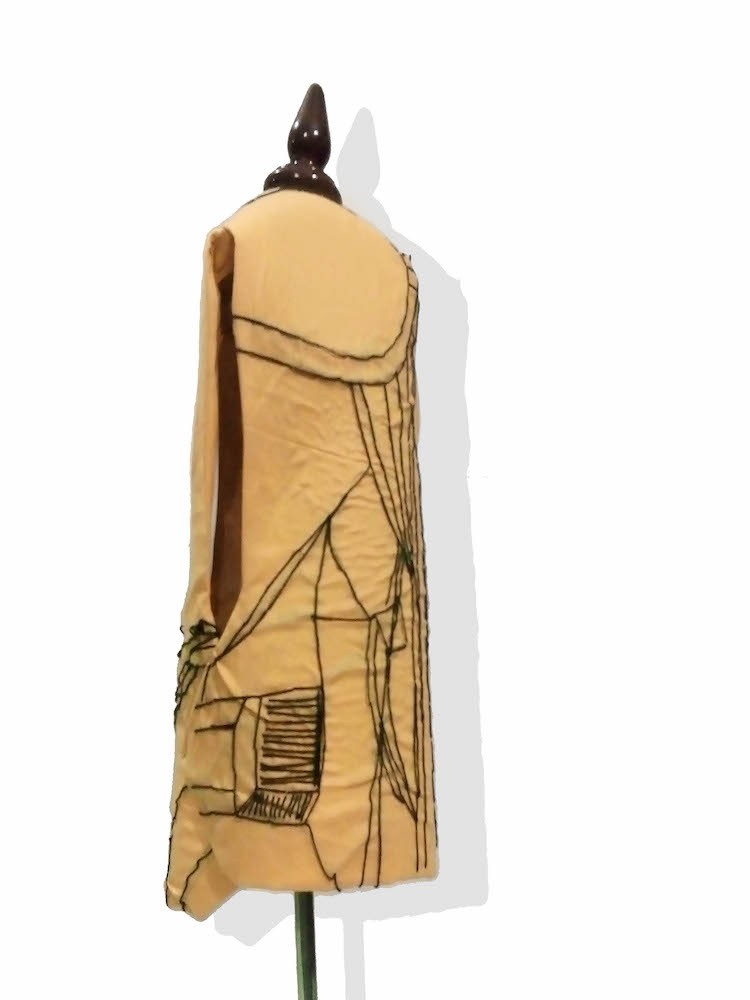 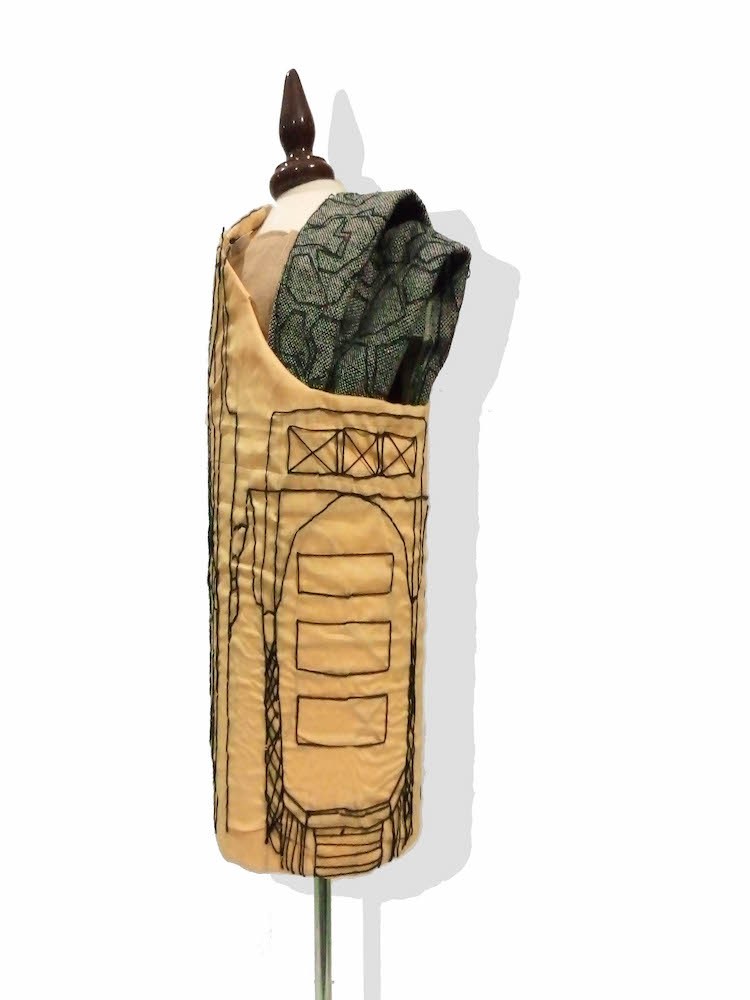 The purpose of study is to highlight the chaos which has visually affected the glorious history of walled city. My work attempt is to transform my concept in the form of garments. The Collection is visualization of elements those are basically changed the attire of walled city. With the passage of time and technological advancement in the city generated a web in the form of wires and banners encased old walls of different rare buildings and removed the original aesthetics. The fact that old buildings are in danger, the value of architectures is no more important. Layering of advertisements and traditional decorations should be approved by the authority, avoid directly pasting on architecture and for limited time. Through my research and survey about the walled city, I collected a lot of facts which actually portrays the social mind set of people over there and how they see their own living styles. People from different areas and the fact of trading bounds them to practice those norms. I personally take a look on the harsh condition of walled city and I started looking for the elements which is the basically the main reasons revolving around the nasty conditions of walled city. When I visited around the walled city, collecting the narratives of people around this locality I found some very interesting and somehow downside comments of people around there. My working on fabrications are also illustrating the current condition of walled city through the power of threads and some other materials. In walled city I thought there should be some rules and regulations to protect and preserve the old and antique monuments and also the gates of walled city which is the representation of Walled city.