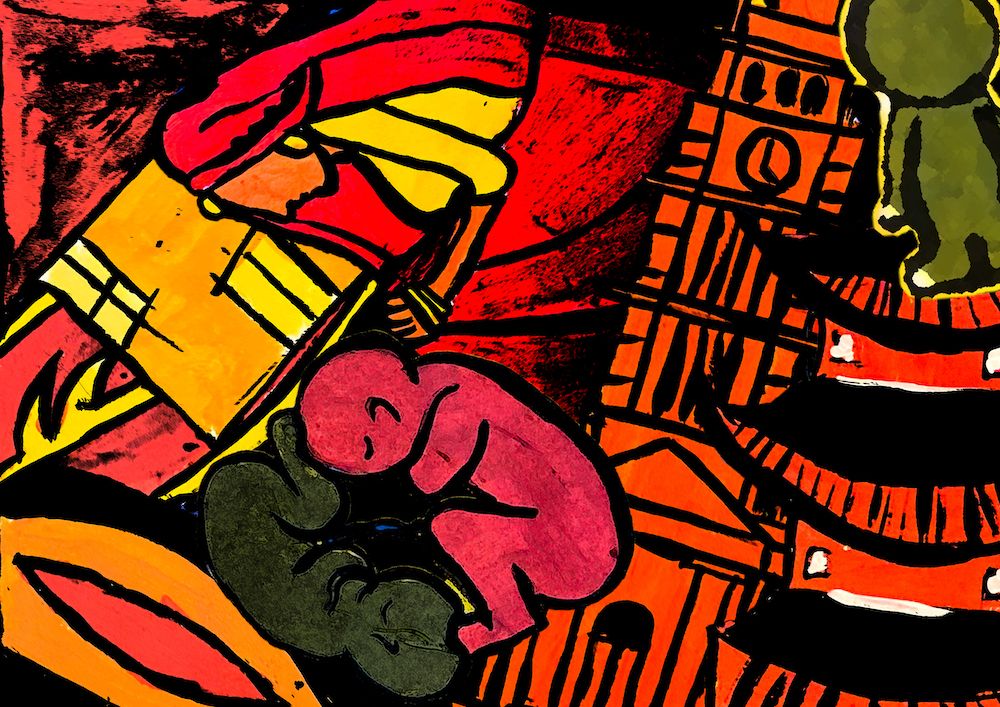 The issue of adoption in Pakistan really stood up to me because I experienced my mother to deal with the impact of being adopted first hand. She was adopted by her aunt at birth. The most traumatic part of her life was that she found out about this on the day of her marriage. The struggles she faced motivated me to look in to lives of adopted children.

With my art, I want to change people’s perspective about adoption. Surprisingly, the journey to create awareness about adoption was hard. Since our society has turned a blind eye to many humanitarian issues, it is not hard to believe that exposing them to problems of adoptions has been a bumpy road.

However, on an international scale; this issue has been addressed with a more mindful approach. There are numerous success stories of individuals internationally that were adopted as children. On the other hand, through a survey, it became evident that our society could not mention a significant amount of local successful individuals who have adopted or been adopted.

Why does adoption still remain a stigma/taboo in today’s world and especially in Pakistan? Why are these problems not taken seriously? If some individuals decide to make a difference, what problems do they face as an adoptee? What problems does an adopted child face?

My art focuses on surfacing the deep-rooted issues that cause these concerns. Hence, the purpose of this thesis is to answer these questions by an in-depth exploration through surveys, research of NGOs, case studies, papers, psychological analysis and interviews. Although this is a huge topic to cover but I have tried to depict the abyss of problems one faces as an adopter and as an adopted individual.